Some new evidence may suggest that our old recommendations or rest periods in regard to muscle hypertrophy (growth) may be off!  This video explains it well, there are also links below to some of the evidence / studies.

Check Out This Video That Breaks It Down

You’ve Been Doing It Wrong!  Actually, We May Have Been As Well…

Have you been missing out on GAINS?!?!  It turns out, more rest between sets may help you grow…  (Skip to the video below for a quick explanation)

Traditionally speaking, and consistently repeated through most mainstream Personal Trainer Certification text books and literature, is a specified rest period between sets for optimal muscle hypertrophy (growth).  The text books, such as The National Academy Of Sports Medicine (NASM), whom FTA is partnered with, would suggest 60-90 seconds of rest between sets of around 8-12 repetitions of work.   This is a fairly common recommendation and has made its way to mainstream training prescriptions. 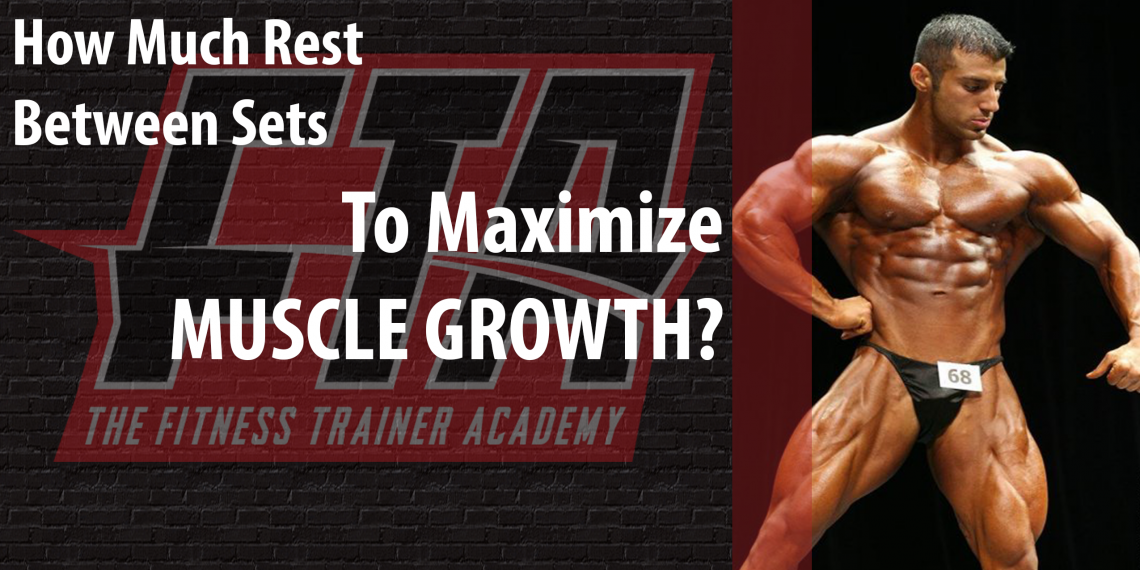 We wold undoubtedly expect, that if anyone were to ask a Personal Trainer the “optimal” rest between sets for muscle growth, they would spout this out.  At The Fitness Trainer Academy we too have suggested these intervals of rest.

Now to be perfectly clear… we are not saying that the 60-90 seconds doesn’t work.   We are however interested in the progressive look at muscle hypertrophy and potentially new evidence supporting longer rest periods.   Again, we are talking “optimal” here.   Do the old recommendations work?  YES!  We are however more interested in if there is a different prescription that may be slightly superior.

A few recent studies, many of which by an awesome Fitness Professional by the name of Brad Schoenfeld, dive into this topic.   Interestingly, these studies may suggest that longer rest periods, like those prescribed for strength training, may show superior muscle hypertrophy results.   The 2-3 minute rest recommendation that we traditionally see with strength training showed in at least one study, to not only produce superior strength (to no surprise) but also superior muscle growth.

So could 2-3 minute rest periods be the better option?   Well, it is important to note that more research is needed… so let’s not all jump on a band wagon.  But this is a good progressive look at the data and may very well be considered in future Personal Training protocol, regarding skeletal muscle hypertrophy.

Here’s A Few Links To The Studies

The mechanisms of muscle hypertrophy and their application to resistance training: http://www.ncbi.nlm.nih.gov/pubmed/20847704

Brad Schoenfeld Official Website, “How long should you rest between sets for hypertrophy” :  http://www.lookgreatnaked.com/blog/how-long-should-you-rest-between-sets-for-hypertrophy/